The government is launching aid for SMEs and the self-employed 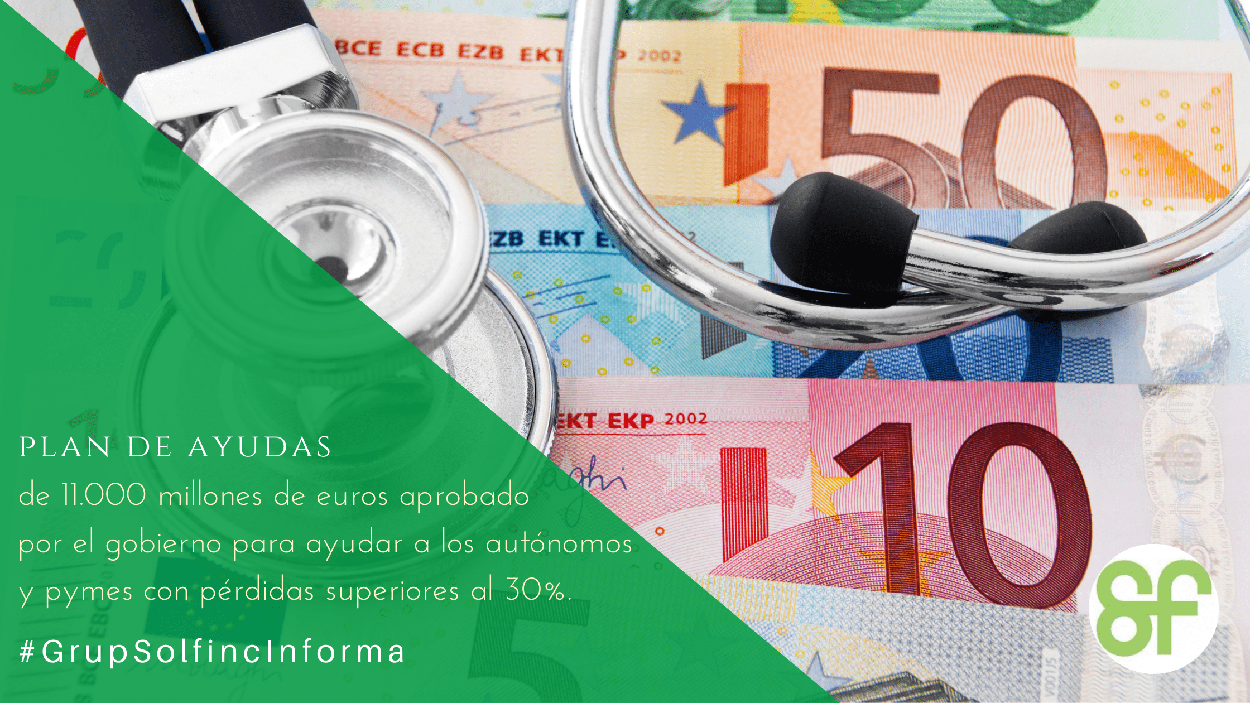 The Extraordinary Council of Ministers approved on Friday 12 March the aid plan for SMEs and the self-employed, which was announced on 24 February.

The plan, endowed with 11 billion euros, allocates most (7 billion euros) to direct aid to SMEs and the rest (4 billion euros) distributed in two funds, the first to restructure loans ICO (3 billion) and the second for the SME rescue fund (1 billion). The aim is to continue to protect the productive fabric, maintain employment, prevent a negative impact on public finances and the financial system and, ultimately, avoid a structural impact on the economy.

Who is it aimed at?

For self-employed workers and SMEs, the activity has been negatively affected by the pandemic, with losses of more than 30% for 2019 (except for self-employed people who pay taxes by modules) and the Tax Agency will be responsible for verifying this situation.

A commitment will be required to maintain the activity until June 30, 2022 and they are prohibited from distributing dividends and increasing the salaries of the top management during the two years following the granting of aid to SMEs and the self-employed.

The other 4 billion that complete the 11 billion plan have been distributed in two funds:

Intended to finance the restructuring of loans granted by the bank with the endorsement of the ICO during the pandemic. A code of good practice should be approved so that the financial sector can get involved and cooperate in supporting viable companies with specific financial problems.

This fund will allow to request different instruments to recapitalize the companies with terms of up to eight years. The Government, as announced by Calviño, reserves the right to participate in the capital of companies that receive these funds.

What amount can be received?

Self-employed people who pay for modules (objective estimation system) will receive a maximum of 3,000 euros in lost funds and will not have to prove a 30% drop in their sales. The rest, those professionals or companies, which are taxed by direct estimation, the aid may not be less than 4,000 euros, nor more than 200,000 euros.

Extension of the moratorium until the end of the year

Among the measures approved is also the extension until the end of the year of the moratoriums to declare bankruptcy, to allow companies to continue with activity “viable in normal market conditions” and to “give time to rebalance their situation financial “.

One month and 10 days to get it up and running

The Government will be able to channel these funds to the autonomous communities within a month and 10 days, it will depend on the Autonomous Communities how long it will take to channel these funds to companies. In principle, the management should not take long as the Autonomous Communities have already made available to companies 2 billion euros in aid and, therefore, have greased the mechanism of transmission of public funds.