THE ERTE AND THE INCOME DECLARATION 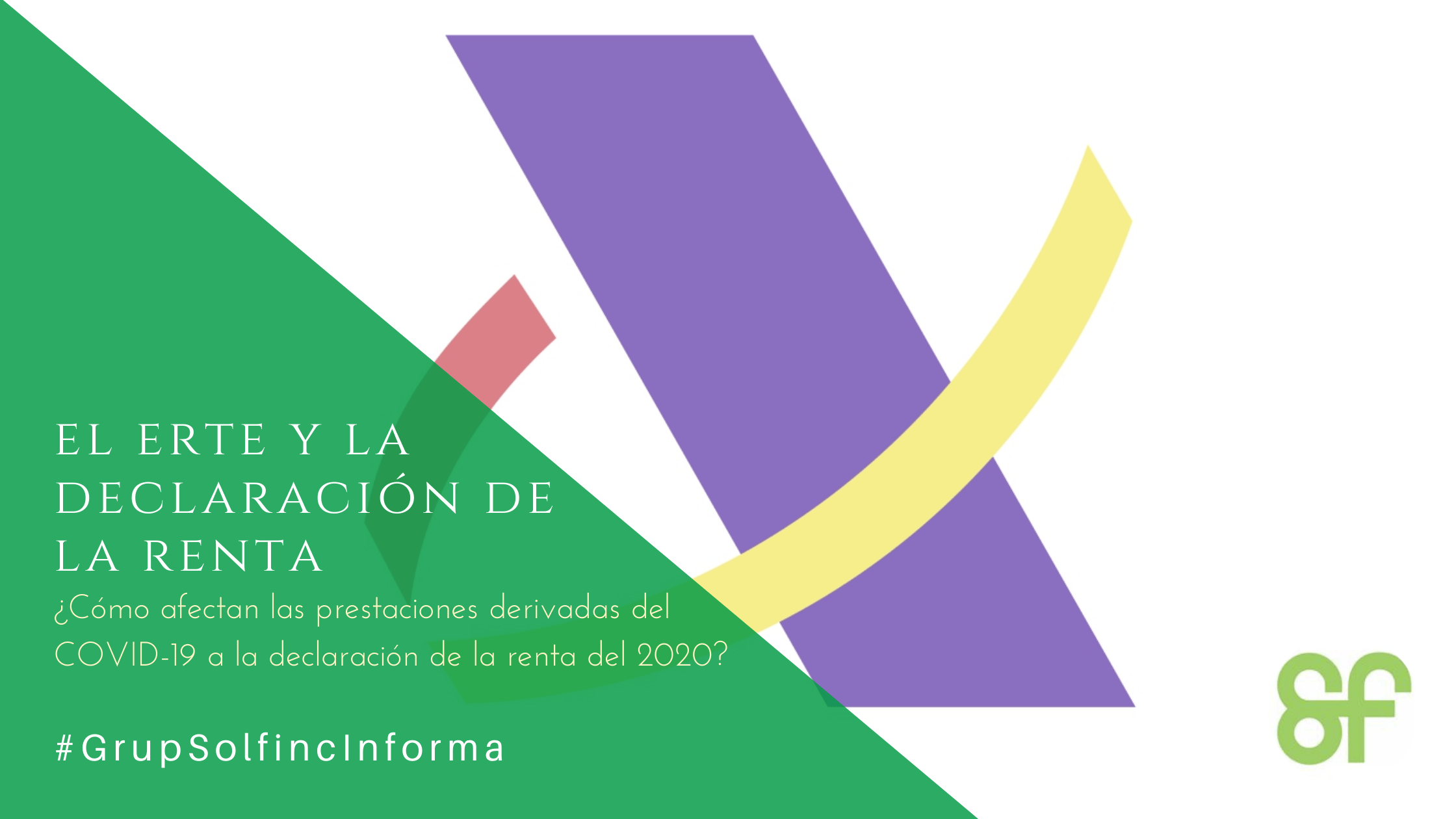 How will the benefits derived from an ERTE and the extraordinary benefit for cessation of activity of the self-employed affect the next income tax return 2020?

Regardless of the ERTE modality (reduction of working hours and / or suspension of employment), the benefit received by the ERTE is considered work income, having important consequences as it may affect the obligation to present the personal income tax return and this since the taxpayer has two payers (the company and the SEPE), with the consequent reduction of the economic limit that determines the obligation to declare. The same must be said regarding the extraordinary benefit for cessation of activity for self-employed workers

All those workers who have been affected by a temporary employment regulation file (ERTE) derived from the health crisis of the coronavirus COVID-19 must take into account the fiscal consequences that this extraordinary situation may have in their next income statement of fiscal year 2020, which we will have to present between April and June of next year. The same must be said of the extraordinary benefit for cessation of activity for self-employed workers

Benefits received as a result of an ERTE

According to an explanatory note from the AEAT, these benefits are classified as work performance subject to tax. They are not exempt from personal income tax.

In addition, many people who were not required to file income tax returns now could be.

The benefit received by the SEPE will appear as if it were another payer, as indicated by the General Directorate of Taxes (DGT) in Binding Consultation V1378-17, when making the income statement, with which, the A worker affected by an ERTE during the coronavirus crisis will have had two payers: his company and the SEPE itself.

Consequently, if a taxpayer has obtained work income from two different payers during fiscal year 2020:

To this must be added the fact that the benefits paid by the SEPE are barely withheld, so in all probability the result of the declarations would be to be paid. The State Public Employment Service (SEPE) reports on its own website that retention will be minimal or even non-existent: “Due to the very dynamics of the payment of benefits in periods of suspension of labor relations through the employment regulation procedure, there is little Withholding on account for personal income tax is likely, given that the expected benefit amounts do not reach the mandatory minimum required by the tax regulations for the application of withholding “.

To avoid this, the worker can request an increase in the type of withholding either to his company if he has already returned to his position or to the SEPE in case of continuing in the ERTE.

It is also convenient to remember the rules of temporary imputation contained in art. 14 of the LIRPF, which establishes as a general rule for income from work their allocation to the tax period in which they are due by the recipient.

However, and as has been happening, not all workers have collected the ERTE at the time they should have, but its collection has suffered a certain delay, and it is possible that a good part of the same, although it should have been received in 2020, was paid in 2021. In these cases, the special rule contained in art. 14.2.b) of the LIRPF by virtue of which when due to justified circumstances not attributable to the taxpayer, the income derived from work is received in tax periods other than those in which they were due, they will be attributed to them. This will mean that the worker must submit, where appropriate, a statement supplementary to the period in which the income should have been paid, without any surcharge or late payment interest or any surcharge.

Another possibility that we can find is the one to challenge the ERTE by the worker (he is not satisfied with its amount, he disputes his right to obtain the benefit …). In these cases, in application of the special rule contained in art. 14.2.a) of the LIRPF, when all or part of an income has not been paid, as the determination of the right to its perception or amount is pending a judicial resolution, the amounts not paid will be attributed to the tax period in which it get firm.

Finally, we can also find ourselves faced with the possibility that by court ruling the nullity of the ERTE is declared, the worker having received the unemployment benefit which has become undue, so it must be returned. This situation has an impact on the tax return corresponding to the years in which they were declared as income, and not on the return corresponding to the year in which the refund materializes.

Thus, the regularization of the tax situation corresponding to the amounts declared and unduly received, would be carried out by urging the worker to rectify the self-assessments of the tax periods in which those amounts were included, following the procedure established in art. 120 of the LGT.

Extraordinary benefit for cessation of activity for self-employed workers

Although its origin is in the economic activity of the self-employed person, it is not an income inherent to it and therefore cannot be classified as an income from economic activities. Consequently, this benefit should not be included as one more income for the quarter in the model 130 of installment payment of personal income tax.

It is not yet known whether the Ministry of Finance will reconsider this situation, being able to propose some type of exemption to income obtained from aid to the self-employed affected by COVID-19, although at the moment nothing seems to indicate that this will be the case.

Tax measures of the Autonomous Communities

Notwithstanding the aforementioned, we must bear in mind and be attentive to the possible measures that each Autonomous Community has approved or will approve in the future to mitigate these effects on personal income tax.

Thus, for example, in Catalonia Decree Law 36/2020, of November 3, has been approved, which creates a new deduction in the personal income tax quota for workers affected by ERTEs or dismissed in 2020.

Specifically, and with effect from January 1, 2020, a deduction is established in the full autonomous tax payment of personal income tax, for the amount that results from subtracting the full state tax from the full regional tax, provided that the difference is positive. The deduction will be applicable for those taxpayers who, as a consequence of having more than one payr of income from work, are obliged to present the tax return. It is estimated that this measure could benefit some 250,000 people in Catalonia.