The Constitutional Court finds that the rental law violates private property and limits the right to property. 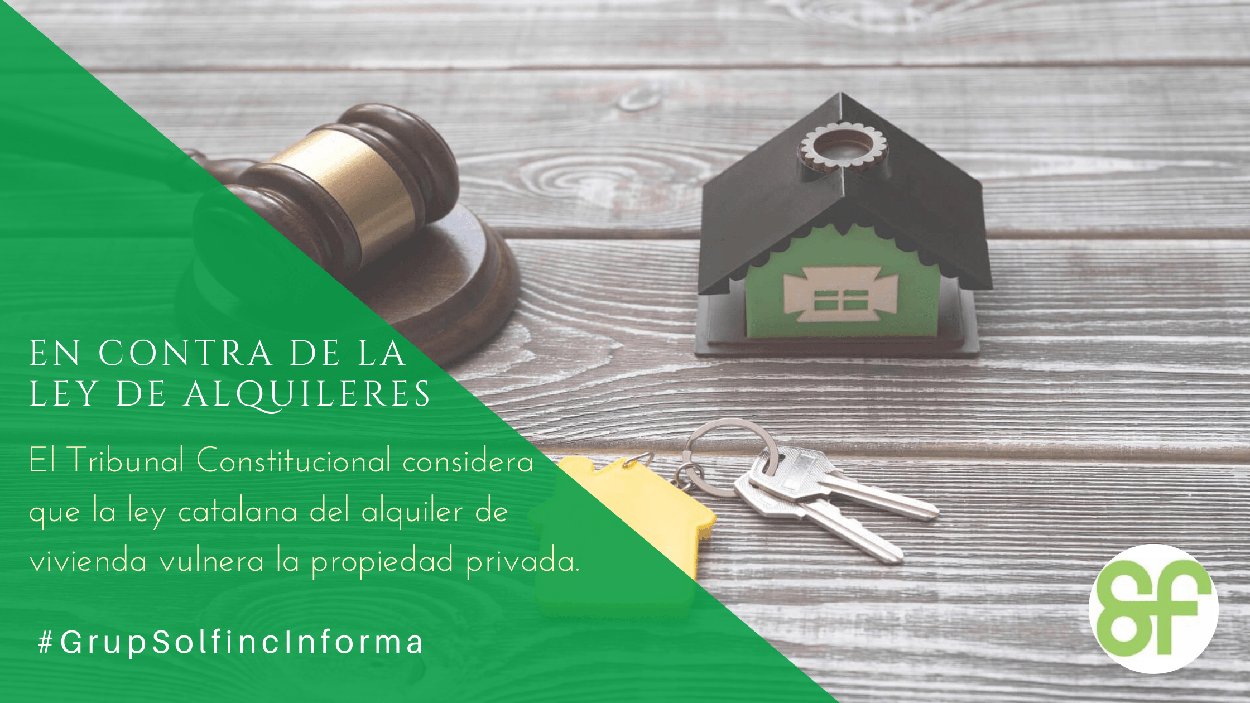 The full Constitutional Court has set out in a ruling on Thursday the reasons why it admitted to proceedings last week an appeal of unconstitutionality against the law of the rent of housing.

The published ruling states that the regulations limit the right to property and provide for “coercive, non-voluntary” measures for apartment owners who cannot be imposed by decree law.

The court held that the annulled precepts “regulate coercive, unintentional, property-limiting measures” , which “strictly constrain” homeowners by regulatory orders or duties. ” which are placed under the inspection and supervision of the administration “.

It should be remembered that articles of Decree-Law declare that keeping a house empty , or even occupied without a legitimate title, is a breach of the social function of property that enables the Administration to require the owner for its effective occupation, impose coercive fines for the execution of the same with a maximum total amount of up to 50% of the estimated value of the property, sanction it with fines of between 90,001 and 900,000 euros or expropriate their property.

The sentence declares the law of the rent of house unconstitutional since, in its opinion, it supposes a “direct imposition of concrete duties to the landlords with vocation of generality, establishing a general regime of this right, something forbidden in decree laws “.

For magistrates, he cannot consider these rules to be merely “instrumental to housing policy” in Catalonia because they give rise to “exorbitant reactions” , as requirements for compliance, executions by coercive fines, sanctions and expropriation of the property in question.

Even before its approval, the Council of Statutory Guarantees already ruled that some articles of this rule violate the Constitution and the Statute itself . In addition, this same body also stated that the Generalitat did not have the powers to regulate rental prices because it is a power of the State.

Yes to the price index

The judgment states that the contested articles go “beyond delimiting a specific urban system or housing policy”, which would be allowed in accordance with the doctrine, and to establish measures to promote housing affordable, when entering to regulate the right of private property and the social function of the same.

On the other hand, the judgment does endorse the precepts of the decree law that require to include in the leases the reference index of rental prices that in due course establishes the Generalitat.

According to the ruling, the regulation of these indices, both state and regional, “is aimed at enabling the obtaining of information by public administrations that allows them to know the status and evolution of the rental market and, based on this information, design housing policies “.

“The possible influence of these indices cannot be denied as guiding criteria that can contribute to ordering the housing market,” adds the Constitutional, which, however, recognizes that this does not affect the freedom of the parts to stipulate a higher or lower price.

The constitution also does not annul the articles of the decree law that oblige to reserve to social housing part of land of the real estate promotions, since the owner or industralist does not have right to veto his use, without prejudice to any “compensation” that may arise as a result of this imposition.

Likewise, the sentence approves the registration of empty flats provided for in the housing law decree, given that its creation is protected by both articles of the Constitution and the Statute. of Autonomy.