Investing in energy efficiency, better than a pension plan 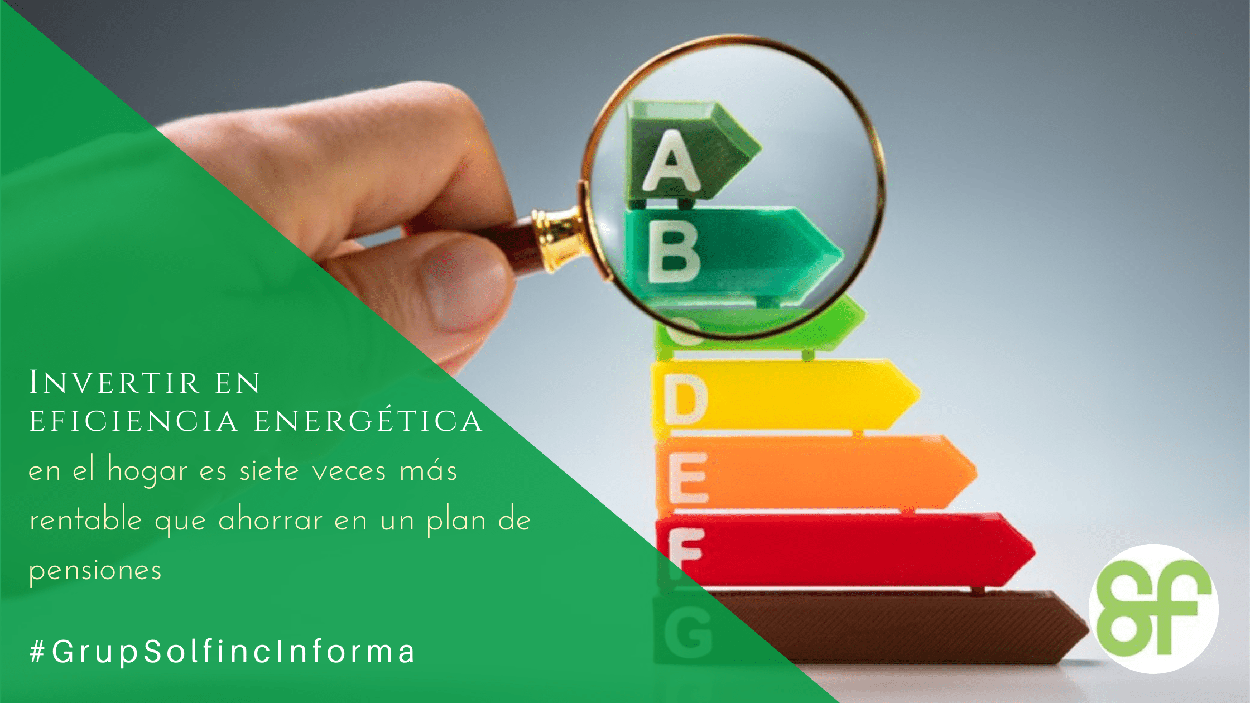 “Rehabilitating a home or building so that its energy consumption is more efficient is not an expense, as is often thought, but an investment,” says Dolores Huerta, general director of the Council for Sustainable Building in Spain (GBCe) .

The update of a study of the “Fundación La Casa que Ahorra” by Knauf Insulation proves him right. After comparing the benefits that would be obtained if the same amount of money that is destined to the energy rehabilitation of a building were invested in a pension plan, it has been concluded that the first action is seven times more profitable than the first action second.

In addition, “in the pension plan, the benefit is annual and comes from the interests of the plan itself, while in a rehabilitation the benefit is immediate thanks to the savings in the bills to be paid at the end of the month”, he adds Oscar del Rio, CEO of Knauf Insulation Iberia.

The study only takes into account energy rehabilitation through the envelope (improvements in insulation) and not its facilities (a change of boiler, for example). Nor does it include aid from the Building Energy Rehabilitation Program, which would further tip the balance towards this type of investment.

It is estimated that up to 60% of the existing homes in the country were built before the first regulation on energy efficiency was published, in 1980. These constructions, in which only 0.62% of the cases Improvements have been made, represent 40% of the total energy consumed in Spain and emit 39% of carbon dioxide (CO2), the main gas that causes the greenhouse effect. That is why it is so important to invest in energy efficiency.

They are “true predators of energy”, in the words of the Institute for Diversification and Energy Saving (IDAE). These homes usually obtain the lowest ratings on the energy certificate, mandatory for all property for sale or rent.

The energy certificate classifies buildings according to their efficiency, with the letter A corresponding to those that are more efficient, and G, those that are least (it is the same system as in household appliances). Going from an E to a B means a saving of 800 euros a year for a building in Barcelona, ​​according to the study by Kauf Insulation. Savings are higher in colder areas, where heating costs are higher.

Dolores Huerta also points out that by investing in our home we are revaluing it. “The biggest expense you make in life is buying a house. If you invest in it, you make its value increase, not as happens with other goods, which are losing value ”, affirms the general director of GBCe. Specifically, Oscar del Rio estimates that the revaluation achieved is 20% on average.

Only 0.62% of the oldest properties in Spain have been intervened

Investing in energy rehabilitation is not only an investment on an individual basis. The Long-Term Strategy for Energy Rehabilitation in the Building Sector in Spain plans to mobilize 27,112 million euros between 2021 and 2030, of which only 27% would come from public funds.

The actions promoted with this money would generate an annual average of 51,200 jobs and would represent an incremental contribution of 0.47% to the estimated GDP for a decade.

To meet the objectives agreed with the European Union, Spain will have to rehabilitate 1.2 million homes by 2030 – seven million in 2050 -.