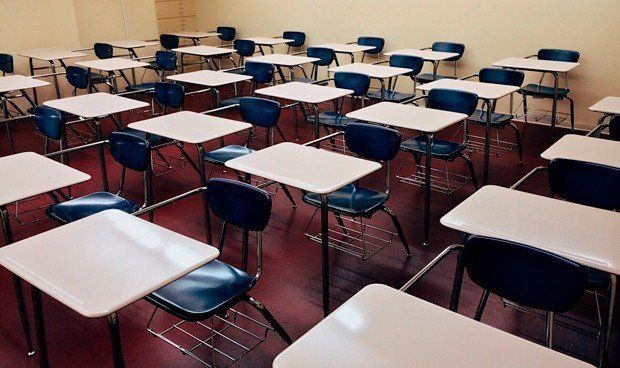 Now starts the school stage. A stage that requires of effort, but no only of survey, but a community collective effort. The sizes of security at the educational centres are important, but no the only thing; the behaviour of the families at the street is a fundamental element to achieve that it interrupt the transmission of the coronavirus that right now is at an index of tall risk.

To eschew propagate the virus, has established a protocol with sizes that will affect the school normality and the life at the classrooms and the yards, with the hope that are temporal and more bearable of the that initially seem.

That is why the sizes at taking can differentiate at 4 distinct arenas that will explain you at continuation.

The parents have to take at his children without compatible symptoms at the Covid-19 to eschew that the boy, at case that was infected, can infect the virus at others. If they observe symptoms, it is necessary to cry at the doctor and track his indications, and inform the school.

And which are the symptoms at which it is necessary to be attentive?

At the backpack it is necessary to include all the necessary school material, since the boy will not be able to share it. And a bottle of water, so that it will not be able to drink of the font. Also it recommends take a second mask and a bag of paper or of plastic to save it (for the hour to eat, for example).

All the boys will take mask, even recommends cover nose and mouth also at the small, among 3 and 6 years. At each boy will assign him a seat that will not capsize during the course and that will respect the physical distances stipulated. If it can be, will distribute for stable bands.

The schools have organised a scale of schedules of entry and start for the fits of what have that they assure a fluid circulation, so much at first hour of the morning and at finalising the day. It treats that the bands of coexistence enter each ten minutes. So that it function requires the maximum collaboration of the families regarding punctuality.

The centres will take the temperature at the boys before entering. Nevertheless, at case that the inmate of temperature provoke tails or agglomerations to enter, can opt to let this act for when the minors are already at the classroom.

The masks are obligatory for all the ages (at exception of the classes of childish) when circulate for the centre. At the classroom, will be able to remove it only the minors of 12 years that will be constituted at bands of stable coexistence. If the state of the pandemia presents a tall risk of contagion, how is the ongoing case, the pupils of primary also will have to pose it in the classroom. The teachers will take mascareta, at exception of when was necessary to remove it for pedagogical motifs. It recommends that it guard the good state of the mask and that it conform with the rule UNITES.

During the kicks of acolliment the boys will remain parted at a distance of 1,5 metres, so that they belong at distinct stable bands.

All the pupils divide at bands of stable and tight coexistence, also nicknamed “bands bubble”, designed like this with a purpose of prevention and to facilitate the task of traçabilitat of cases and contacts. At these bands does not establish a surface of minimal security amounting at a radius of 2,5 square metres, how at offices and other rooms. Although the students have to be at a metre of distance the ones of the others.

The bands are of less of 20 boys for childish and primary (except exceptions, and at discretion of the administration), 30 for the of ESO and 32 for Batxillerat and Professional Training. If well there are not sizes of distance among the members of a stable band, if there is with the of the rest of bands. Any pupil has to maintain at a distance of 1,5 metres of any one other person that do not belong at his band.

The pupils will wash the hands or will apply gel hidroalcóholico every time that they enter and exit of the classroom, before and after going at the bath, before and having eaten and go at the yard. At least they will wash 5 times by the day.

The schools will coexist with professionals of the cleanup that will attend especially the areas of main use, like the baths, knobs of doors, rails, tables and others. During the day will ventilate with frequency the classroom (10 minutes hourly) if the windows can not remain open, how recommends . The heatings and airs conditioned have to have some special filters. At finalising the day, will disinfect all the installation.

At the yards and during the esbarjo will not be able to coincide distinct stable bands or, at case that was inevitable, will have to maintain the distances. The sportive games of squad are not recommended, but aye the individual physical activity or being distant of other pupils.

The stable bands can eat together and without separation among them. But if at the table there are pupils of other bands, have to be parted by at least a chair. To eschew agglomerations will eat in turns or at the same classroom. Among turn and turn it is necessary to clean, disinfect and ventilate. The meal serves at individual dishes, eschewing share (will not have dressed at font, or oilers or baskets of bread). It can have jug of water if it serves it an adult. The cuisine will remain open, although the centre shut, to give kick at the boys with aids of canteen.

Suspicion of a case at class

If the tutor suspects that one of the boys of the class presents compatible symptoms with the Covid-19 will accompany him at a room that centre it reservation for these cases, and that will be well ventilated. It will alert at the agent Covid-19 of the school (all the centres have a manager that coordinates with the LEADER of the school) and will say at the family. The doctor, if like this decides it, will request a PCR. The Council of Health has engaged to have results at 24 or 48 hours. It will signify the isolation of the family and narrow contacts. The rest of the band bubble will track the classes with normality, until meeting the result. If the doctor is private, will have to alert at the Kick of Epidemiological Surveillance of reference.

At case of a PCR positive, all the stable band, included the teacher, will subject at the proof PCR to view if there has been contagion. It will realise at the same educational centre, and will go at home (only this band, no the rest of the school). Independently of the result, will remain isolated during 14 days, at which will get educational attention at distance. The agent Covid-19 will register all the narrow contacts of the positives during the two previous days at the emergence of the symptoms.

Two positives at the school

If they detect pupils (or teachers) of distinct bands of coexistence with PCR positive confirmed, and are at a same room (an edifice, a turn, a wing of an edifice…) all the stable band has consideration of narrow contact. It could value the possibility to route at making quarantine at all the persons that inhabit at this edifice, with surveillance of new cases. It will interrupt the face-to-face activity during 14 days.

At case of two or more positives of bands distinct bubble, and that find at two distinct edifices, suspends the activity lectiva during 14 days and the stable bands, as a narrow contacts, will realise the ones PCR.

On the other hand, have announced cribats massive at 50 school centres to detect cases asimptomàtics. Health reserves the criterion of selection of the centres at his active search of bearers of the virus.