Can I record the owners meeting? 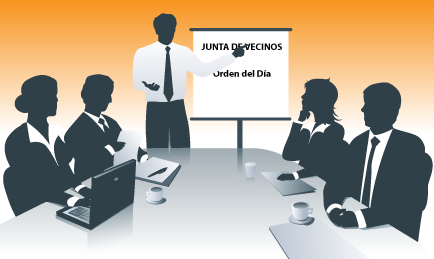 Recording the owners meeting is something that, although at first it sounds a little crazy, it is being done more and more frequently. Not only because people forget about the previous meeting, they can become very long or great debates / discussions are generated, but also because the current situation has made that not everyone can attend the owners meeting. Despite this, in order to record the meeting, the express approval of the majority of the neighbors is needed and an AGREEMENT must be previously signed.

But, if minutes are made, why record the owners meeting?

Since the beginning of the pandemic, the boards have moved to the digital realm, and the owners began to record the meetings to verify that what is indicated in the minutes is a true reflection of what has been spoken in the Board.

Is there a legal basis for recording the owners meeting?

According to article 147 of the Civil Procedure Law on “Documentation of actions by means of recording and reproduction systems of images and sound”, to record the meeting of owners of a community, a Prior AGREEMENT must be recorded to accept it and there must be a majority in favor.

In this sense, the recording request must be made during the first item on the agenda where the Meeting is to be held with recording for it to be approved. In fact, the law indicates that for the validity of the Tomorrow Agreements the vote of the majority of the total of the owners will suffice, which, in turn, represent the majority of the participation quotas.