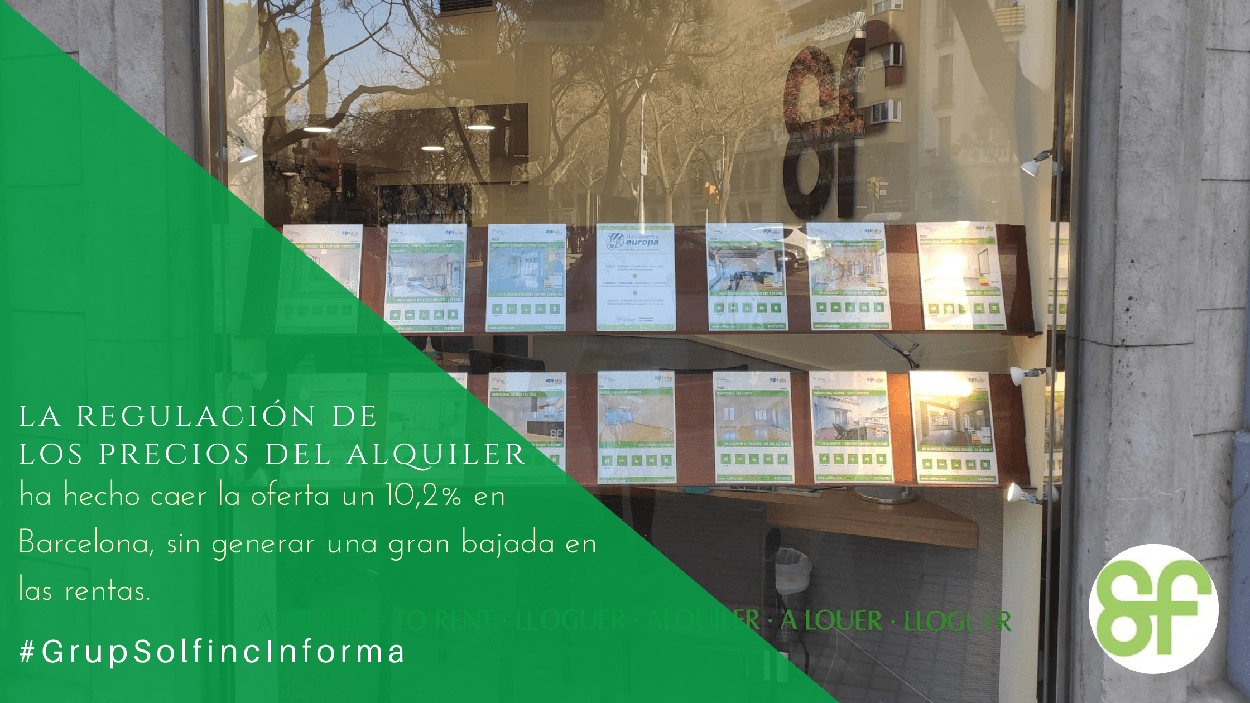 The rent regulation law that regules the prices of rent in Catalonia, approved last September, has brought down the 10.2% offer in Barcelona, ​​while it has hardly had an impact on income, according to a study by the real estate portal Idealista .

The study compares the evolution of the market in Barcelona and Madrid, where the stock has increased by 1.7%. Although prices continue to adjust in both markets, Idealista assures that they do so more in Madrid (-3.4%) than in Barcelona (-3%), comparing rental income since the week of September in which it was launched the Catalan rental law until the last week of February.

Rental prices barely decrease in Catalonia, according to a study by Idealist

The Parliament approved this law on September 18 of last year to regulate rental prices in 61 municipalities in Catalonia declared as “areas with a tense housing market”. The regulations have confronted the Catalan Government with the real estate sector considering that, in the medium term, the law will have the opposite effect and will reduce the number of properties for rent.

Since its launch, in the midst of the coronavirus crisis, supply “has been reduced” while demand pressure has increased, says Idealista’s analysis.

The stock of flats in the rental market has more than doubled during 2020 in both capitals, one of the consequences of the coronavirus pandemic in the housing rental market. “But while that trend remains constant in Madrid, in Barcelona there is a significant drop in supply due to the limitation of rental prices since last September,” he insists.

With respect to the other 61 Catalan municipalities in which a rent limit is also applied, Idealista points out that the effects are greater than in the city of Barcelona, ​​since the stock has fallen by almost 12%, while in the Community of Madrid has increased by 2%.

The study also warns that rent control is widening the gap between regulated and non-regulated municipalities, since while relative demand in the former has increased by 10.4%, in the latter it has fallen more of 13%, which would be causing an increase in pressure on previously stressed areas.

The stock of houses for rent in unregulated localities, which represents less than 10% of the houses for rent in Catalonia, has barely seen the number of houses on the market fall by 1.2%, compared to the fall of almost 12% in the municipalities with income control. Finally, in the comparison of prices for both areas, the rents of the regulated areas of Catalonia have dropped by 2%, compared to the increase in the non-regulated municipalities of 1.3%.