Annulled the decree that obliges to offer social rent 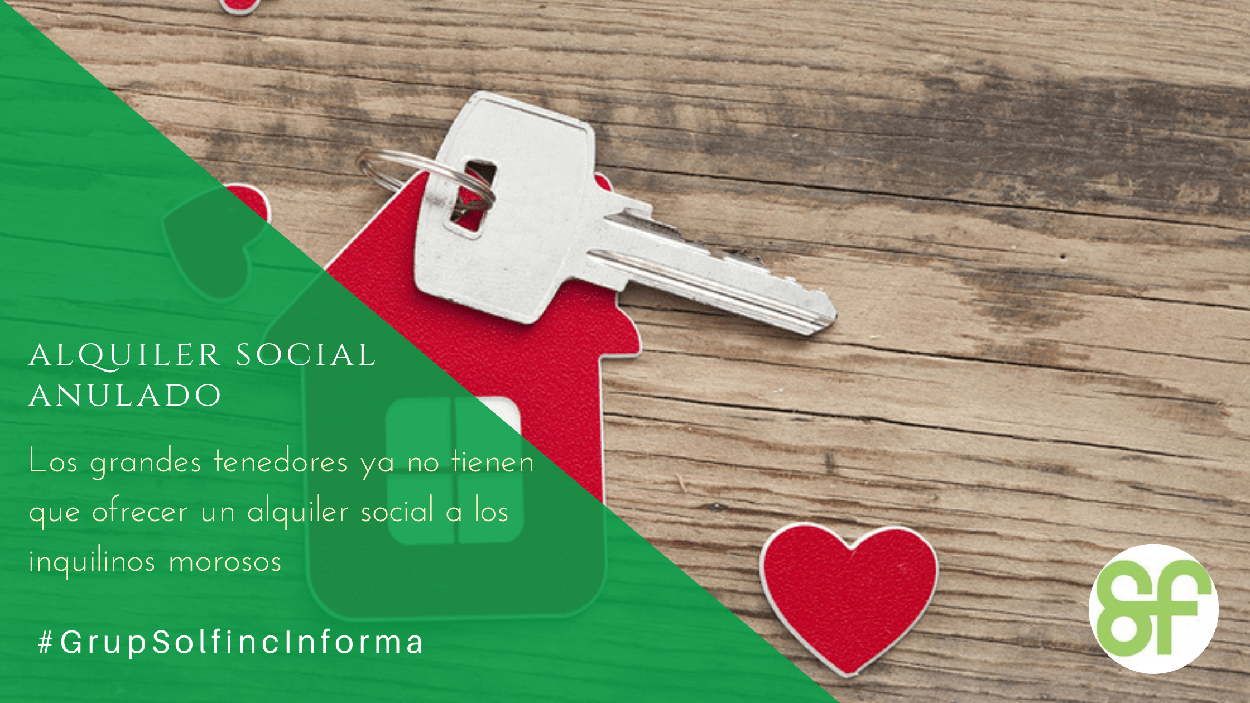 The Constitutional Court has today annulled the decree 17/2019 and 1/2020 of the Generalitat through which large forks were required to offer a social rent to delinquent tenants, or with the contract expired and those who have occupied illegally a property when they prove lack of resources that puts them in a situation of residential exclusion.

Now, the Plenary of the Court of Guarantees has annulled it under the argument that it did so through a decree law when the proper route was its approval by law. “The requirements of the enabling budget required by Article 86.1 EC to regulate the matter on urgent measures to improve access to housing do not meet, resulting in insufficient range of the norm,” the court said in a note of press.

The Constitutional Court considers that this regulation could not be made by decree, but by law

The magistrates have considered that measures affecting and restricting rights, in this case the right to property, which Article 33 of the Constitution establishes can only be restricted by law, cannot be adopted by decree. Court sources have pointed out that some measures could be sensible, but not so the legal route to take them.

The decree introduced the bases of the control of rents, since it forced to publish the reference index of the rent in the announcements of the flats and when including it in the leases. The most controversial part, however, was the obligation imposed on the owners of more than 15 properties to offer a social rent to delinquent tenants or illegal occupants of their homes, with a validity of 7 years (5 if the large owner is a natural person), and the obligation to renew it at maturity.

The rule also extended the right of trial and withdrawal in favor of the Generalitat in the transfer of homes acquired in foreclosure proceedings or through compensation or payment of mortgages. Thus, it gave the Generalitat this right until 2027, in the first and in the later transmissions of the property.

Representatives of the real estate sector, at war for months against the housing policy of the Generalitat. Òscar Gorgues, manager of the Barcelona Chamber of Property, pointed out that although the alleged reason is formal, legal assessments such as those made by the Council of Parliament’s Statutory Guarantees, which they pointed out that there was a temporary expropriation of the house, without fitting in the legal system. In his opinion, the decrees transfer to the owners the cost of creating a park of social housing, which must be borne by the administration.

If you need information on this or any other topic, you can contact us through our website or by calling us at 93 458 83 05.